Both Aphrodite and Persephone are linked in their mythologies by the Pomegranate ~ the aphrodisiac fruit of sublime pleasure.

Aphrodite is said to be the mature aspect of Persephone, and Persephone the innocent or immature shadow of Aphrodite.

Aphrodite is very much of ‘The World’ and the material pleasures of it. However, she taps into a depth of power, (perhaps from the very source of her counterpart – Queen of the Underworld: Persephone) to bring forth the inspiration of the muse, which powerfully inspires, captivates and enchants all she touches.

This is Aphrodite’s gift: her medicine to imbue all she looks upon – with beauty.  To be in~love with the object of her attention.  Her love is unmistakably felt and trailing about her wherever she goes.  This also is the very poison which leaves a trail of broken hearts in the wake of her return, and her own addiction to the taste of Love & Beauty can be her own shadow and downfall.

Venus is not attached and like the muse can come and go without warning, like an intoxicating pink cloud of smoke that has magically appeared and then vanishes like a mirage, leaving the bitter taste of what was lingering.

Aphrodite is not considered a vulnerable Goddess.  She is very much in control and her own source of empowerment.  She chooses who she wants to be with and when she will leave.  She honors connection and union, but she is not attached to it.  She fully involves herself but does not become utterly vulnerable to the connection.  She wants and desires the transformative and creative power’s of Love, found in the exchange of Emotions.

She values the emotional exchanges and experiences with others far more than permanent bonds.   She is not interested in “forever” or “death do us part”.  She lives in the moment where the magic is and is deeply passionate and focused upon that which is personally meaningful to her.  She will give all of herself wholeheartedly as if each lover and object of her attention were the only one, and when it is time for her to go – she goes whole with all of herself confidently intact.

She leaves behind her essence but always walks on completely in her independence and sexual maturity. 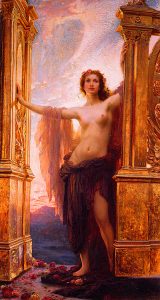 In the mythologies, she is linked to male deities and having children, but she did not suffer and was not victimized like the other ‘vulnerable Goddesses’ ~ Demeter – The Mother, Hera – The Wife, and Persephone – The Mother’s Daughter.

Aphrodite represents relationship: to relate, to be known and to know the other.  Sexuality is one of her direct channels to this knowing.  She enjoys being the muse as her offering.  To inspire man’s dream, shape it into form, believe in it and bless it with her love

She carries the Power of Vision and positive expectation...

Her Shadow & Her Addiction to Love

When the Aphrodite type of woman (or Man) cannot say no to his/her own appetite or particular susceptibility of desire in the moment, she/he risks falling into the addiction to love.  From this loss of independence to be in control of her own life course: she risks falling into her shadow, whereas like Persephone she will go into the underworld and reveal the dark seeds of obsession, compulsion, and possession to another.  Usually not in her own self but directed towards her by the other.

Aphrodite possessed great compassion and humility even amidst her independence and infidelities.  The one she married was Hephaestus, the hunched-backed clubfooted rejected son of Zeus and Hera.  He was a creative genius with great impressive skills and he manages to win her as his wife.  She was not, however, loyal to him as her only sexual consort because as the story goes Hephaestus was a creative genius with deep tumultuous emotions stirring within, however, he was incapable of acquiring the skills to express them and was not able to hold the love and attention of such a feminine creature.

In the birth chart, strong Aphrodite and Venus symbols will express dynamics of this nature.

The combination of Persephone and Aphrodite saw as one entity of two shades is an expression of the feminine that is powerfully Tantric in its nature.  It is the union of the mature sexual independent Goddess-centered in herself,  and the powerful Shamaness of the most vulnerable and intimate of emotions provoked from deep within the depth of the heart and soul within oneself.

Persephone: The story of Tantric Union 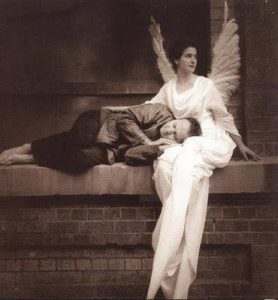 As she becomes the Guide of the Underworld she is forever bound to the vulnerabilities of partnership and cannot escape from the bond of union and the depth of this realm.

First the ‘Mother’s Daughter’ and then the ‘abducted wife’ – she lives through the experience of being ever bonded and powerfully affected by others.

Her Destiny is as the Queen Shaman; the alchemist who turns the ashes of the hellish realms into gold and makes peace out of war and makes love out of hate.

Her magic is the mastery of mixing her own energies with those of another and transfiguring the whole into – a greater aspect of Self.

In union with another, she takes whatever is available and alchemizes it into pure source energy and gives the same in return. She is the Tantric Queen.

Though the story begins with the Tale of the “Earth opening and Hades pulling her in” it is really revealing the story of – the journey of the masculine and feminine from its lowest to its highest potential.  Moving from the innocence of instinctual sexuality into the eventually evolved quality of sacred sexuality.   It shows how we are initiated into this path through the swallowing depths of being exposed to the raw truth of the spirit of human desire, and later through the gateway of an open heart – the experience of true union with another.

Desiring the Forbidden Fruit of Knowledge

As the story goes she was instructed not to eat anything while in The Underworld, otherwise, she could never return. However, when offered the aphrodisiac pomegranate seed from Hades she willingly accepted and ate it.  This shows her own natural desire to taste of that which was forbidden and to commit herself to the abduction of the underworld.

Her lie to her Mother shows her immaturity to take responsibility for herself and to claim her own identity and independent power.  Claiming her own self-identity is her greatest weakness…

In The Astrological Birth Chart

Persephone is the “Kore.'”  She symbolizes that aspect of ourselves that is innocent or naive – the eternal child.  The area where we struggle to “grow up” and face authority standing confidently in our own maturity.  It is the place where we are susceptible to become “abducted” and taken down into the shadows of that particular underworld (which is represented by her placing in your chart.)     This is where we may become the victim of the neuroses of that particular shadow dynamic and remain immature, victimized,  and the powerless child.

Persephone is not independent, self-centered and in-control like Aphrodite.  She is extremely vulnerable, irresponsible, complacent and extremely feminine in her nature.

She is highly susceptible to the human neurosis of the psyche created by the extreme overwhelm of emotion like depression, anxiety, and emotional/mental/nervous breakdowns.

In her apparent helplessness to take responsibility she can appear selfish and childish, however, she is actually selfless in her nature as she gives all of herself and allows herself to be taken: to be taken down into the underworld of herself and that of other.  There is egolessness in her self-focus as she provides herself as the body (or the container) for transmutation to happen.

The risk in her willingness is the potential of becoming completely overwhelmed by the intensity of the depth of this emotional realm that is her territory.

She is the ultimate receptacle and the expression of a humble sacrifice of oneself for allowing herself to be a conduit for one’s transformation to occur through her.  She uses her receptivity and ultra-sensitivity to guide others into those realms within themselves. 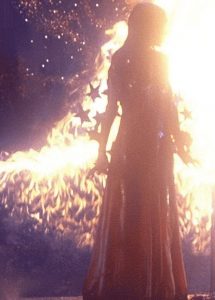 In this way, she risks losing all sense of herself and becoming like Hestia/Vesta – completely undefined.

But unlike the independent and self-centered Hestia, Persephone can become desperate in her loss of self and need to connect with someone to be the vessel.  A Persephone woman (or man) can lose touch with knowing how to maturely support themselves, as their identification is so deeply involved in serving another as the “processor of the inner realms.”

She is extremely powerful as the Shamaness that she is: the alchemist of powerful energies ~ the Queen of the Underworld and Wife of Hades/Pluto.  She holds space with the Demons and Ghost of our psyche and is Queen over them.

Persephone is the Queen Alchemist and in her true essence and power, she is naturally attracted to the powerful transformational quality of The Dark of the Shadow and at home in The Underworld.

Like Chiron ~ when finally we are no longer victimized by the wound and we clear the oppression of our pain aside and are then free to allow the experience to be the medicine and the wisdom inherent in our own soul.  We are free.

So it is with Persephone.  When we have finally come to a place of seeing through our own naivety and self-victimization, we come to recognize the source of inherent power we have in this territory of the psyche,  we become like the Queen Guide.  Moving through the shadow we can usher our own spirit through the journey of reclaiming – our own inheritance within of where within, we have stored our own alchemical power.

Persephone in the birth chart shows where we are susceptible to being abducted into our own helplessness and shadow, where we can give up our own power and remain immature.  When the shadow is honored and the inherent alchemical power of this area (as shown in the chart) is allowed to be publicly claimed we can see where a great wealth of deep wisdom as the Guide of this terrain exist. 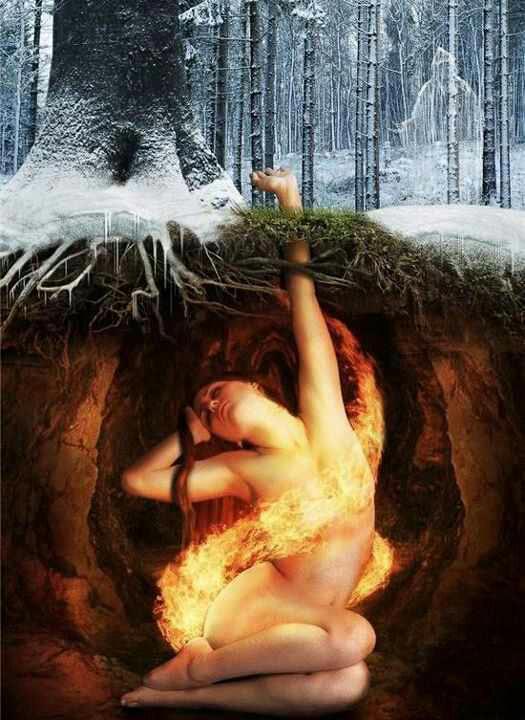