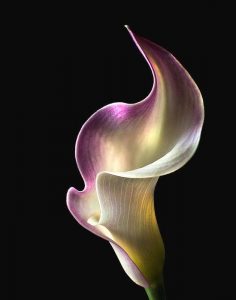 Summer Solstice just passed (in the Northern Hemisphere) and the magic of mid-summer nights dance before us.  We currently have the magnificent Venus and Jupiter awe-ing us in the night sky, and so much of Fiery Leo energy this Season to keep us all passionately engaged and inspired!

Although there is always numerous significant planetary aspects going on simultaneously (to much to speak of all in this short article) what I wish to lend attention to here is Venus as the big show stopper this season.

Once about every year and a half for an average of 40 days Venus ~ the Goddess of Love and Connection goes Retrograde.  Symbolically this is a time of turning inward.  A time when we reflect deeper upon the inner relationship with Self.Consciously or unconsciously events, circumstances, and people will usher this in and the theme will be about “what are we in relationship with?” and “what is the quality of these connections?”

She will take this journey inward through the light of Leo and with that comes a powerful self-orientation around Love, Joy, Pleasure, and all things self-fulfilling.  Fiery Leo wants to express the fullness of itself, and IT WILL with passion, in whatever capacity it has reached.

On an individual level we are each being asked to come through The School of Leo – the influence of fire, passion, creativity, and self-expression.  Essentially it has a lot to do with the essence of the Heart and how are we in connection with it.

With Jupiter about to end its one year journey in Leo from this past August 2014 – July 2015, we can say that Venus is giving us a bit of the “last hurrah” so to speak, or in another words the heat is on to pay attention and learn about the ways of the Heart now while the lesson is active, for soon come this Fall and into the following years the powerfully in-quizzical, masterful, precisely in control -Earth Goddess Virgo will be running much of the show asking us to pay attention to her ways.  Virgo is the Heart essence –refined.

In her most natural expression Venus is the archetype of The Muse.  She inspires, loves, and enchants with beauty, sensuality, pleasure and enjoyment of the physical and metaphysical realms.  She values connection and the alchemy of union, but also the independence necessary to be free to create life as the artists’ canvas she sees it as.

When Retrograde she is in the shadow of herself, she is her sister-self – Persephone ~ the Queen alchemist of the Underworld and the Bride of Hades.  Persephone’s terrain is that of darker realms were lives all that dwells in the unknown, and buried secrets, passions, and pains reside.  Her companion Hades is the polarity to all she is and reflects back to her her very own dualistic nature.

When Venus is retrograde it is a time of navigating through the depths of ourselves like on a 40 day quest to re-discover the hidden, forgotten, and abandon aspect of Self.  In Leo it is an emphasis upon our relationship to Love, Joy and Pleasure and the relationship by which we express these qualities of being.

Retrogrades are about re-assessing, re-doing, and re-membering.  They are opportunities to go back and potentially “do over” what was done or unfinished from the past.  Do not be surprised during Venus Retrograde to meet up again with “old” friends, lovers or partnerships of the past, or perhaps the confrontation of personal self comes through “old” relationship patterns around love, partnership, commitment and intimacy.

For any event in life there is always what could be looked at as a “trinity of time” – what comes before the event, which is often preparation (conscious or not), then there is the time of the actual event, and then the aftermath or the adjustment or transition phase into the next.  Likewise for the planetary cycles.  Retrogrades have what is called the “shadow phase” before and after.

The actual timing of the Venus Retrograde is for 43 days – July 26th through September 6th.  But the shadow begins on June 22nd and goes through October 9th.

This is nearly about 15 weeks of deep self reflection, self- actualizing, and self-loving.  Venus comes as the muse to initiate us into the Love found within ourselves and others.