Robin Williams & The Astrology of an Empath 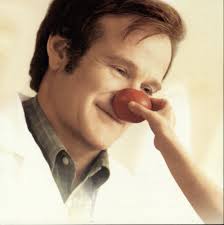 As much as my life has been devoted to and immersed in the study, observation, and counseling of people and their psychological/emotional states, I am still none the less taken by surprise at the depth by which Robin Williams has shown us of the condition of Depression.

He, of course, is just one example of many, however, his influence was such that the impact has been widely felt and is certainly leaving an impression on many of us.  I have a feeling his death was on some level meant to be a powerful catalyst to humanity to wake up to the actual emotional reality of our Human Race.

Depression is a condition that many suffer from, far more than we know because it is largely unaccepted to feel such deep and dark feelings on a regular basis. Most people are hiding their reality of this pervading dark cloud following them. Even though the levels of tragedy and human suffering on the planet is at an extreme level, we are expected to “turn a cheek”, to basically numb out.  Some can become numb to feelings and others cannot – the depression of space within like a container holds the emotions which are impossible to ignore.

It has been forming like a deep sea monster that will have to be faced if we are to come to the Hero’s Gate and go forth.    What we need to stop ignoring is the fact that we are naturally sensitive, feeling beings with extrasensory abilities to connect in and with each other.

I feel that all this depression that people are suffering with has less to do with the actual trauma of their own individual lives and much to do with the massively repressed sea of emotions of the entire collective consciousness.  What else can explain how so many people spend decades consciously healing and becoming self-aware, and have a deep resource of joy and love within, and still show up in their lives (like Robin Williams) with what is known as Post Traumatic Stress symptoms?

Catching a wave of emotion or energy of another person is not unusual.  What is unnatural is to pretend and believe it is not happening!  When an angry person enters a room – we feel it.  Likewise with a happy person.  These are obvious and simple examples.  Another common example is thinking of someone then they call or we run into them, and a reality of today is that when bombs are being dropped and mass slavery is occurring upon the planet producing high levels of grief, fear, and pain, waves of those energies will wash over our planet daily moving through each one us.  We are affectedcted, as we are all connected by this Time and Space and the Mission of Life we are in.  As we become more aware of energy and the fact that it is everything, it becomes more and more futile to protest against this reality of connectivity.

The reality around being an Empath has become more and more acknowledged and supported.  The fact is that we all have the capacity for empathy, but not all are in the openness of accepting that capacity, which is the experience of the empath.

Many dealing with depression spend countless hours believing that if their life would improve in ways like more money, a loving relationship or family, successful career, home stability, material possessions, then their depression could be resolved (or at least soothe the wounds), as if the absence of those things are a source of their suffering.    However, we can see clearly through Robin Williams that that was not the case.  The pit of pain runs far deeper.  The source can be tapped down to the very heart of humanity.  We are living in a world of a great depth of unresolved pain, where suppressing and repressing our Spirit has been widely taught and perpetuated as a “normal way” of being.

Where does all that which has been pushed away into the closets, under the rug, and buried go?? It goes no-where!  That is the great illusion of the 3D World.  It is ALL right here amongst us and within us (growing in strength as the Sea Monster).

Many by now are aware that negative, unresolved, and  suppressed emotions eventually manifest into form, i.e., Dis-ease.  Depression is also now commonly acknowledged as a disease – one in which incapacitates a person to the degree by which they are able to tap into very deep and painful emotions; like sadness, powerlessness, fear, despair, grief, sorrow, rage and anger; which essentially overwhelms the Spirit of the person.

We are all one.  These feelings do not belong to any one of us as our own.  This is a collective based reality.  A butterfly flapping its wings in South America can affect the weather in Central Park.

This is certainly a Great Time of Reckoning where we can see that our awareness and sensitivities are heightening, and therefore where Responsibility needs to be taken, and the wounds addressed.  Its nearly impossible to ignore WHAT IS anymore, without dire consequences.

We are the ones that must clean up this mess of the Human Spirit and embrace the abundant nature of Love that is also our inheritance.

For those who have seen the latest Maleficent movie we can see this tragedy depicted so clearly with the very object representing her Spirit – stolen from her, leaving her to bare the burden of the great wound that was left, all in the name of Greed and Personal Power gained at the expense of others.  We see in her misery, weakened by its hand, that she was eventually influenced and corrupted by the pain, which lead her to choose actions from out of that pain body – cursing the innocent child.  In the end we see, as always, that Greed and personal power gained at the expense of others is triumphed by the Spirit of Love and victory won by regaining once again that Spirit within.   This story majestically epitomizes the Patriarchal mentality of not honoring the reality of the emotional consequences brought on by Heart-less actions and believing one is superior to our inherent supreme power to Feel – All that is.

No-one can escape, and in the end will be destroyed or liberated by what is harbored within the Kingdom of one’s own Self.

We can see in Robin Williams Astrology Chart through the Asteroid Zeus (which has a strong association with the Patriarchal mentality) that he was within his consciousness heavily burdened and dealing first hand with the emotional trauma deeply-seeded in the conditioning of the Patriarchy. This alongside his strong signature as an Empath certainly shows a strong susceptibility towards depression.  And with Mars – The Warrior, right there partnered up with Uranus and Zeus we can see the clear symbolism of this as a powerful battle he was fighting.  However, in the end although the outcome may appear as being defeated by the “monster of depression” I caution us to not fall into any victim identification, because also found within these symbols are the high potentials, which he harnessed beautifully.   It is very clear that Robin Williams tapped into profound inspiration.  He was a leader using the tools of love and laughter, and a healer creating unity through the Wisdom of Humor around the absurdities of humanity.  He liberated himself and humanity by being a spokesperson for the illness of Depression.  I do believe his death will serve many to gain a sense of their own self-empowerment through understanding that they are not solely “to blame” for their condition, that they are not “worth-less” or “less than” because they have the capacity to feel more, and that they really are not alone.

Depression is a bi-product of a culture and a race that has been breading the very conditions which create a sense of powerlessness so deep that even the finest of Life conditions, the greatest of personal talent and creative expression, and great Love and Laughter all stand challenged to shine before this great shadow.

The cultivation of Compassion and Self-Love is essential to our well being and really to our survival…  We are all one and connected.  This is our Universe – and we are All that it is.